Tenth in a Series: Career Management for ... You?

The seminar series Resources for Career Management for Chemists in a Challenging Market met for its tenth installment: Career Training and Tools on Thursday, February 23, 2012 in Washington University’s McMillen Lab Sciences Room 311.

The evening started off with dinner. Then our first speaker, Lisa Balbes, a Career Consultant with the American Chemical Society (and our section’s Career Services Coordinator), spoke on What You Don’t Know About Leadership - and the ACS Can Teach You!. She highlighted the ACS model of competency for effective leaders and reviewed the leadership courses that the ACS offers.

Our second speaker, Adam Myers, Assistant Director at BASi Pharm Analysis Services, spoke on Chemical Career Strategies: Maximizing Your Toolbox. He began by giving a brief overview of his career before getting into the key tools that he has learned and used. After both speakers were finished the floor was opened for questions. Then many of the attendees stuck around to network and talk to the speakers. There were 29 people in attendance. 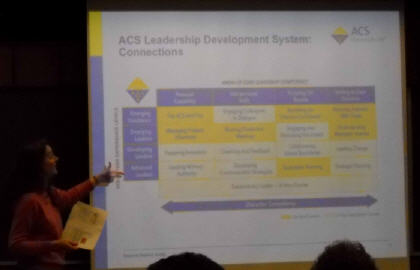 Lisa Balbes explaining the ACS Leadership Courses that are offered 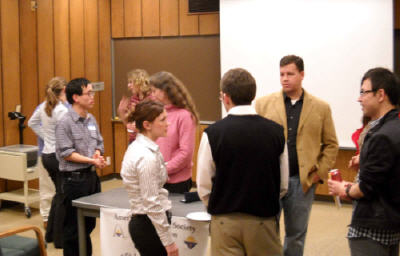 Attendees network with speakers Lisa Balbes (center, in pink sweater) and Adam Myers (in front of screen, in tan sport coat) after the seminar 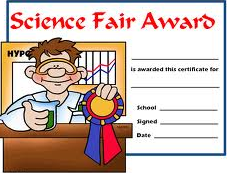 It’s mid-season for area science fairs, with one down and two to go. You might think of it as the All-Star break. The indomitable science fair coordinator would love to hear from you if you’d like to judge at either (or both) of the remaining fairs. No experience necessary! Call or email Sheryl J Loux at 636.237.5149 or sjloux@gmail.com.

Your participation as a judge would be greatly appreciated!

In news from “Opening Day”, the 2012 Missouri Tri-County Regional Science and Engineering Fair is history, and here’s how it wrapped up: 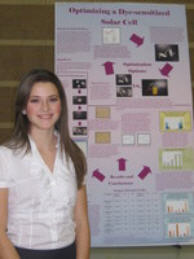 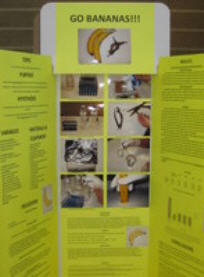 Nominate for the St Louis Award

At the time of the nomination, nominees must not have previously received the Midwest Award or any national ACS-sponsored award. Nominees must be members or affiliates of the St Louis Section of the ACS. Nomination packets received by April 30 are considered for award presentation in October.

Nominations can be sent at any time to:

Nominations should include a nominating letter, two or more seconding letters from individuals who have had a close professional affiliation with the nominee, a brief biography, a description of the nominee’s accomplishments, and a list of publications and patents. Additional details can be found on the St Louis Award web page.

Nominate for the Midwest Award

As the Midwest Award Chair for the St. Louis Section of the American Chemical Society, I solicit your assistance in identifying candidates for the 2012 Midwest Award. The St. Louis Section of the ACS established the ACS Midwest Award in 1944 to recognize in a public fashion, the outstanding achievements of an individual made in chemistry in the Midwest region. The award is conferred each year on a scientist who has made meritorious contributions to the advancement of pure or applied chemistry, chemical education, and the profession of chemistry. These contributions must have been made during a period of residence in the geographical area defined by the territories of the 17 Local Sections that participate in the Midwest Regional Meeting of the ACS (sections are listed in the programs for Midwest Regional Meetings). Nominees can be from industry, academia, government, or those working in private practice, and they need not be members of the ACS.

Nominations should consist of: a nominating letter for the nominee and two or more seconding letters; a CV for the nominee; a brief biography for the nominee; and documented and objective information regarding the outstanding achievements of the nominee. If the nominee is an academician, a list of persons who have received advanced degrees under her or his direction should be provided. Please submit nine copies of all nomination materials to me at my work address, which is given below. All nomination materials must be received on or before the deadline of March 31, 2012. Material postmarked by that day or earlier will be accepted.

If you have any questions, please contact me at obrien@jinx.umsl.edu. Thank you for your assistance.

... to celebrate colleagues, achievement, service, and excellence. Can’t think of a better way than with camaraderie, good food, and a night out. Choose to attend one or both of our signature spring banquets. But for Recognition Night, better hurry: the reservation deadline is ... soon!

Reservations are required for Recognition Night. Cost is $25 per person. To reserve your place(s) at this grand event, please return the reservation form or a facsimile with choice of entrée and check by March 5 to:

Join us on April 16 to honor the winners of:

Link In for Career Group

Our section’s intrepid career services coordinator has requested this reminder: Join the “Chemistry Careers in St Louis” group on LinkedIn! We post info about job openings, upcoming seminars, internships, news, and all sorts of chemical industry-related information. Anyone is welcome to join.

So even if you’re gainfully and happily employed, it’s good advice to keep your finger on the pulse of the local employment scene. Join, and if you don’t need help yourself, maybe you can offer to help someone else.

We have a date and a venue. Please keep your calendars clear on Saturday afternoon, June 9th, for the Eighth Annual Section Picnic at the Chinese Shelter in Tower Grove Park. This is the same location as last year, if that helps any. We’ll provide more details as soon as we can engrave them in stone.

If you want to attend for dinner, please contact the section Chair at least a week in advance. Usual cost of the dinner is $24 ($12 for post-docs and unemployed members). Members wishing to become active in section activities are welcomed for their first dinner as guests of the section.

Seminars are in McMillen 311 at 4 pm unless otherwise noted. For information, contact: Liviu Mirica, mirica@wustl.edu.