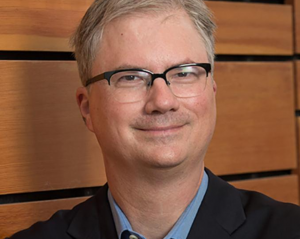 Holden Thorp, the Rita Levi-Montalcini Distinguished University Professor of Chemistry and Medicine at Washington University, and recently its provost and executive vice-chancellor for academic affairs, has been named the new editor-in-chief of Science magazine and its associated publications. He is moving from Washington University to Washington, DC, and will assume his post at the end of October.

In his research career, Thorp developed technology for electronic DNA chips and co-founded two start-ups that are commercializing new drugs for fungal disease and prostate cancer. Unsurprisingly, during his time at WashU, his priorities included supporting interdisciplinary research and entrepreneurship.

Thorp wants to continue to focus on ensuring the reproducibility of published science and encouraging manuscripts from a wide range of authors, including those outside top-rated universities. In addition to these ongoing concerns, he sees the importance of publishing research relevant to entrepreneurship. Thorp says, “It’s really important that we have the right balance of basic science and things that have immediate application” in Science. But, he adds, he’ll need to settle into the new job before he can propose any changes in news or research coverage.

Thorp replaces Jeremy Berg [also a (bio)chemist, although AAAS identifies him as a biologist] as Science EiC.