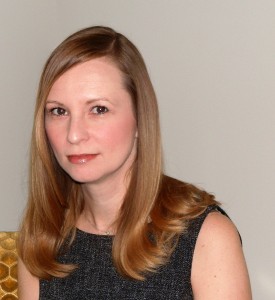 Rhonda received her undergraduate chemistry degree with honors in 1999 from Knox College in Galesburg, IL; soon thereafter she started her career as a synthetic organic chemist at MediChem Research in Des Plaines, IL. Next, Rhonda joined Pharmacia/Pfizer and was quickly promoted to Senior Research Scientist as part of the worldwide medicinal chemistry group. As an R&D organic chemist, Rhonda’s strength in synthesis and growing knowledge of drug design helped her contribute to the discovery of preclinical cardiovascular and anti-inflammatory drug candidates.

Rhonda began her work at Monsanto in 2010 in the Technology Pipeline Solutions (TPS) group at a Scientific Software Specialist. In 2012, she decided to take advantage of a research opportunity that allowed her apply her synthetic expertise as part of the herbicide process development team. Over the last 3+ years, Rhonda has helped advance the understanding utility of a key synthetic sequence to produce critical intermediates in the production of an herbicide. Her work enabled the pilot scale-up of the process, and will potentially impact manufacturing of the herbicide.

Rhonda has participated in the Young Women in Science Career Panel, volunteered as a Greater St Louis Science Fair judge, and is a member of Monsanto’s WiSE (Women in Science Exchange). Each summer, she indulges her passion for mentoring elite high school juniors in scientific writing that showcases their collegiate-level research in the STARS (Students and Teachers As Research Scientists) Program at University of Missouri–St Louis.