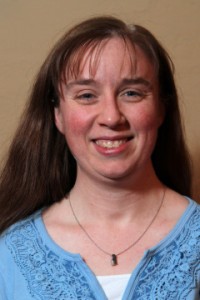 Dana Baum obtained her BA in Chemistry with a concentration in Biochemistry from Washington University in St Louis in 1999. After working as a lab technician on the Human Genome Project at the Genome Sequencing Center (Washington University School of Medicine), she began graduate studies and obtained her PhD in Chemistry from the University of Kentucky in 2005, where she worked with Dr Stephen Testa on catalytic RNA (ribozymes). Dr Baum went on to a postdoctoral position at the University of Illinois–Urbana-Champaign in the lab of Dr Scott Silverman, where she was an NIH NRSA postdoctoral fellow working on catalytic DNA (deoxyribozymes).

She started her independent career in 2008 as Assistant Professor of Chemistry at Saint Louis University, where her group focuses on identifying functional nucleic acids for a variety of applications.

Since January 2009, Dr Baum has served as the Program Committee Chair for the St Louis Section. She has also served as a science fair judge and co-chaired a session at the Midwest/Great Lakes Joint Regional ACS Meeting held in St Louis in 2011.