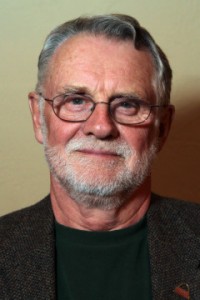 Professor Lawrence Barton received his BSc (Hons) from Liverpool University in 1961 and his PhD in 1964. He joined the faculty at UM–St Louis in 1966 after spending two years as a research associate at Cornell University. Dr Barton served as Chairman of the Department of Chemistry from 1980 until 1998 and then as the Interim Director of the Center for Molecular Electronics until 2006. Since 2007, he has been Professor Emeritus and now serves the department working on alumni affairs, advising undergraduates and assisting with a number of activities.

Among several awards he received are the St Louis Section Distinguished Service Award in 1999, the St Louis Award in 1991, and the Boron in the Americas Award for Distinguished Achievements in Boron Science in 2004. He was named ACS Fellow in 2012. His research work focused mainly on borane, metallaborane and organometallic chemistry, and during his career he published 110 research articles.