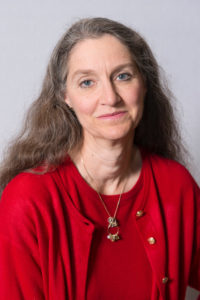 Lisa M Balbes earned her undergraduate degrees in chemistry and psychology from Washington University in St Louis and her PhD from the University of North Carolina–Chapel Hill. She then worked at Research Triangle Institute, conducting molecular modeling studies on proteins and small molecules.

She has been a freelance technical writer and editor since 1992, as Balbes Consultants LLC. In this capacity she creates and edits documentation for scientific software and medical devices, reports, journal articles, grant proposals and more. Her client companies include Bausch and Lomb Surgical, Pine Instrumentation, Sigma-Aldrich, Stereotaxis, and the US FDA.

She has been an ACS volunteer career consultant since 1993, providing career management information to literally thousands of scientists. She is an ACS certified master facilitator, and an internationally invited speaker on career management and development for scientists. She is the author of Nontraditional Careers for Chemists: Nontraditional Careers for Chemistry, published by Oxford University Press (2007).

Dr Balbes has served her local ACS section as chair (2002, Outstanding Local Section), Treasurer (2005-2006), career resource coordinator (2003–present, receiving two ChemLuminary Awards), Scout clinic coordinator (2004–present) and Councilor (2007–present), and in 2011 received their Distinguished Service Award. Nationally, she was recently elected to the Committee on Committees, served on Nominations and Election (2014 – 2019) and the Committee on Economic and Professional Affairs (1997–2013, Chair 2011-2013). She was co-Chair for Expositions for the joint Midwest/Great Lakes Regional Meeting (2011). She was honored with the 2012 E Ann Nalley Midwest Regional Award for Volunteer Service to the American Chemical Society, and was elected an ACS Fellow in 2017.