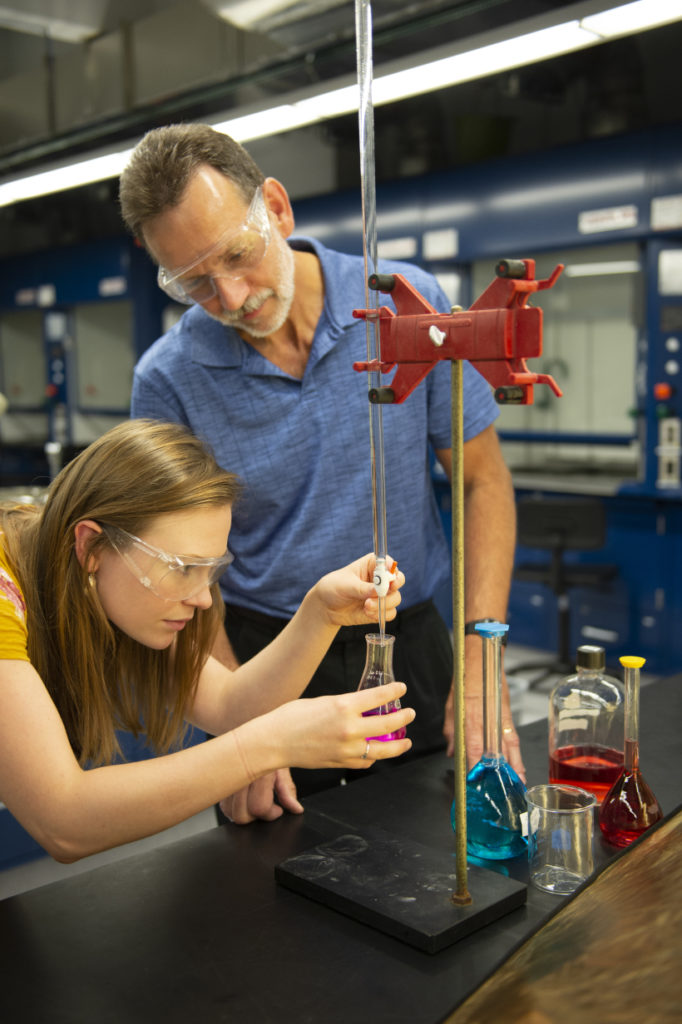 Michael Hauser with student in lab

Michael Hauser is a native St. Louisan who was born and raised in Affton. He was “that kid down the street” with a chemistry set in his basement who would occasionally require the attention of the local fire department.

Michael earned both a Bachelor’s degree in Chemistry and a Master’s degree in Organic Chemistry from the University of Missouri–Saint Louis. Working in chemical research at Monsanto Company in the 1980s fulfilled a lifelong dream of being a “bench chemist.” He spent much of his time developing scale-up procedures in the Process area and also performed chemical analysis in the Environmental Residue section. While working in industry, Michael discovered his passion for teaching through an evening adjunct position at Lewis and Clark Community College in Godfrey, Illinois. He left industry and came to St Louis Community College–Meramec in 1992 in a full-time role and is now a full Professor of Chemistry.

During his time at Meramec, Michael has taught various chemistry courses and was the acting Physical Science and Engineering department chair in 2008 and 2018. He will tell anyone who will listen that serving as a formative force in the lives of students has been and continues to be one of the most rewarding pursuits of his life.

Outside of Meramec, Michael is approaching his 40th year as a member of the American Chemical Society and has served the past several decades as the College Awards Chair for the Saint Louis Section. He has authored several ancillary publications in support of chemistry textbooks. His personal interests include writing, reading, exercising, collecting political campaign buttons and following the St. Louis Cardinals and Blues.