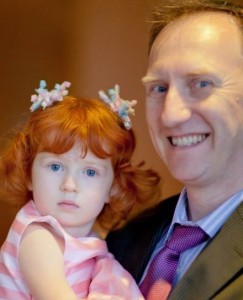 Mikhail Berezin graduated with a PhD in Chemistry from the Institute of Oil and Gas and Institute of Organic Chemistry in Moscow. Prior to his academic career, he was a research scientist for Monsanto/Pharmacia/Pfizer and contributed to the development and launch of several drugs, including celecoxib.

Following an appointment as an Assistant Professor in the Department of Radiology at Washington University School of Medicine, he focused on fundamental properties of fluorescent probes and their applications in medicine. He is a faculty member of two programs at Washington University: Division of Biology and Biomedical Sciences and Institute of Materials Science and Engineering.

Mikhail is a PI and co-investigator on several NIH and NSF-funded grants. He established novel directions in the development of contrast agents and pioneered a new type of optical imaging modality. His work is documented in more than 50 peer-review papers, several book chapters, and patents in this field. Addressing the importance of high-quality optical measurements, he founded Optical Spectroscopy Core Facility with top-of-the-line commercial and developed in house instrumentation to serve scientists around the globe.

His most challenging project (not including his service as local section Awards Chair) is a long-term spectroscopic study of red hair provided by his daughter Sophia.