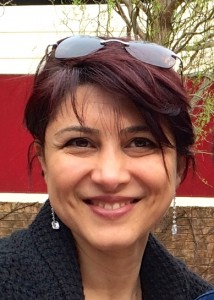 Pegah R Jalili obtained her Bachelor’s degree in Chemistry from North Tehran Azad University and her Master’s and PhD degrees in Chemistry from University of Memphis with Dr Chhabil Dass. During her PhD, she specialized in proteomics and conformational analysis of proteins using hydrogen-deuterium exchange. In March 2003 at the Keystone Symposia in Denver Colorado, she received the best presentation award for Phosphoproteome and proteome analysis of bovine adrenal medulla.

For two years following her PhD, she worked at UT Southwestern Medical Center in the mass spectrometry section of the Alliance for Cellular Signaling (AfCS) on a project under Dr. Alfred Gilman. Dr Gilman is a 1994 Nobel laureate for characterizing and purifying a set of G proteins, which led to the understanding of signal transduction processes.

In 2007, she began to work at Sigma-Aldrich as a senior scientist in the analytical research and development mass spectrometry lab. Pegah was promoted to Principal Scientist in 2015.

During the years 2012 and 2013, she was Chair of Education for the Saint Louis Section–ACS. She volunteers her time for science outreach and had been a judge at science fairs and at the Earth Day events at Saint Louis Science Center. Pegah continues to support the Saint Louis–ACS section, in the Chair succession, 2014-2016.