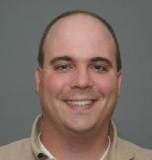 John Hemminghaus is a 2001 graduate of Truman State University with a biology major and a chemistry minor. He is a Research Chemist at Monsanto Company, responsible for development of new formulations to support the global Roundup® herbicide business. His career at Monsanto began with a series of summer internships between 1998 and 2000. During this period, John developed an understanding of the role field and greenhouse bioefficacy testing play in herbicide development as well as stability and performance requirements necessary for a product as widely distributed as Roundup.

After a brief stint at Tyco Healthcare in St Louis, where he synthesized radiolabeled drug intermediates, John returned to Monsanto in support of the US launch of Roundup WeatherMAX. His formulations work led to his first patent application on a highly concentrated Roundup formulation having improved tank-mix compatibility with co-herbicides. In the next role, John overcame the challenge of stringent eye toxicity requirements in South America by developing several formulations meeting the commercial requirements in the region. This project led to the filing of his second patent application covering Roundup formulations containing alkoxylated quaternary amine surfactant systems. Also in this role, John commercialized his first product, Fosato, in Argentina. He demonstrated a high level of professionalism with his team members and stakeholders, interfacing with other chemists, regulatory scientists, manufacturing and process engineers, and commercial teams in St Louis and in South America.

John’s current role supports Roundup formulation development for Monsanto’s global business. He supervises and mentors two contract technicians and is responsible for developing new technologies and supporting the manufacture and commercialization of new formulations. This role requires him to apply his experience in surfactant chemistry and process chemistry to respond to varied regulatory, business, and technical drivers to ensure Roundup continuous success in the market place. Over the past five years, John has made several key presentations to product development teams and commercial teams internally.

John currently lives in the Crestwood, MO area with his wife and two children.