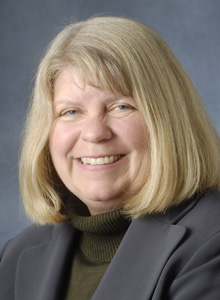 Professor Bowman-James’s achievements have earned her a number of awards, most recently the Iota Sigma Pi Award for Professional Excellence (2002), the American Chemical Society Women Chemists Committee Award for Diversity (2002), and the Dolph Simons Sr Award for Research Achievement in the Biomedical Sciences (2002).

Bowman-James’s research in molecular recognition is a major basis for the Midwest Award. Her professional colleagues in this area noted the she is ‘one of the world’s leading experts” in supramolecular chemistry who has had a “valuable impact on my own thinking and that of many others”; that her work on metal-based phosphate cleavage has “set a standard for artificial enzyme efficiency that has rarely been surpassed.” Others praised her “intellectual agility and creativity in moving into new areas,” such as the “long-known but largely neglected area of anion complexation.” They pointed out that she “jump-started” research in this area by the paradigmatic power of her idea of a fruitful analogy between ligand-anion and metal-anion recognition.

Bowman-James has also contributed to public understanding and support of chemistry and chemical education through service to the Council on Chemical Research, the American Chemical Society, and research support agencies of the US Government. She is a leader in advancing the cause of diversity and inclusiveness in chemistry. Following her work as its chair, the Kansas Chemistry Department now has a larger fraction of women faculty members than any other American department.