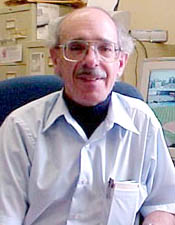 Mark S Gordon, the recipient of this year’s Midwest Award of the American Chemical Society, grew up in and around New York City, received his BS, PhD and postdoctoral education at Rensselaer Polytechnic Institute, Carnegie-Mellon University (with J A Pople) and Iowa State University (with K Ruedenberg). For 12 years on the chemistry faculty of North Dakota State University, he rose to Distinguished Professor and Department Chair. During his subsequent 12 years at Iowa State University, he has become Distinguished Professor, has been the associate Department Chair and is currently Director of the Applied Mathematics Program in the Ames Laboratory USDOE. He has been a visiting scientist at the University of California–Irvine, the Minnesota Supercomputing Institute, the National Science Foundation, the Molecular Science Institute (Okazaki, Japan), the University of Tokyo and the Australian National University. He has been the Chair of the Theoretical Chemistry Subdivision of the American Chemical Society, and the Secretary-Treasurer of its Physical Chemistry Division. He is a Fellow of the American Physical Society and a Fulbright Senior Scholar. He is on the editorial board of several journals.

Gordon’s over 380 publications in quantum chemistry have had significant impact and won worldwide recognition, among “real” chemists as well as theorists, for his unique blend of systematic elucidations of important bonding and reaction mechanistic problems on the one hand and effective ab-initio method developments on the other hand. The objects of his studies typically are potential energy surfaces, reaction paths, activation energies of transition states and reaction mechanisms.

Gordon has developed MCSCF centered methods, the Effective Fragment Method for solutions and liquids, a Molecular Orbital/Molecular Mechanics method for clusters on surfaces, and several spin-orbit coupling methods. His localized analyses of electronic wavefunctions extract chemical meanings from complex computations, especially for the benefit of the non-theoretical chemists. To pursue this comprehensive program, he has developed, maintains and continues to expand the premier open quantum chemistry program system GAMESS, which is used by several thousand scientists worldwide.

Gordon’s contributions cover many regions of the periodic table, notably carbon chemistry, silicon chemistry, organometallic chemistry and transition metal chemistry. He is particularly famous as a pioneer in elucidating how and why silicon chemistry differs from carbon chemistry. He discovered the near-isoergicity between silylenes and silenes; the small barriers for silylene insertion reactions; the pi-bonds of silicon with itself as well as carbon, nitrogen, oxygen, phosphorus and sulfur, including triple bonds; silicon’s participation in aromatic systems; structure and strain of small rings and clusters containing silicon; geometric and electronic structures of molecules containing pentavalent silicon; reaction paths of pseudorotational isomerizations between axial and equatorial atoms. He has extended this work to germanium, tin and titanium.

Gordon has furthermore complemented his gas phase investigations by realistic studies of reactions in solution as well as on solid surfaces. His solvation theory has accurately produced metalloenzyme UV shifts, chemical reactions, protein pKas, and electrolyte dissociation dependence on solvation coordination. His surface model has yielded correct structures of Si surfaces and revealed mechanisms for reactions on this surface including oxidation, etching and addition of various substrates. Notwithstanding the many complex mathematical and computational aspects of his investigations, it is the chemistry that drives all of Professor Gordon’s work.