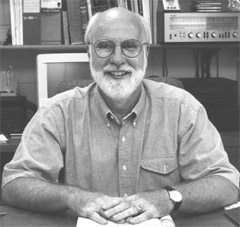 The 58th ACS Midwest Award winner, Professor Michael Gross, boasts a distinguished academic career first at the University of Nebraska–Lincoln (1968–94) and, since 1994, at Washington University in St Louis.

Mike has authored over 400 scientific articles and book chapters, edited or co-edited four books, and trained over 80 graduate students, postdoctoral associates, and staff.

Mike’s notable contributions to the field of mass spectrometry began early in his career and include the first observation of a gas-phase distonic ion and the discovery of “charge-remote fragmentation.” He demonstrated the feasibility of GC/high-resolving-power MS analysis at the parts-per-trillion level, a technique that led Mike and EPA coworkers to the discovery that dioxin (2,3,7,8-TCDD) had accumulated in the tissues of Vietnam veterans who had handled the herbicide Agent Orange. For this contribution Mike was awarded the “Pioneer Award—in search of the health consequences of dioxin in the environment.”

Mike commissioned the first analytical three-sector tandem mass spectrometer, and published over 100 articles demonstrating that tandem MS was to be an important tool in biology. One of these manuscripts reports the first sequencing by tandem MS of a peptide of unknown structure. With coworker Charles Wilkins, Mike built the second FT-ICR mass spectrometer in the late 1970s and went on to demonstrate a number of significant analytical applications such as GC/FTMS, laser desorption FTMS, high-pressure trapping in FTMS, and the algorithm for exact mass measurements.

Current research has as goals the development of a low-magnetic field MALDI instrument that employs high-pressure focusing, the use of H/D exchange to understand protein/ligand interactions, and the use of mass spectrometry in cancer research.