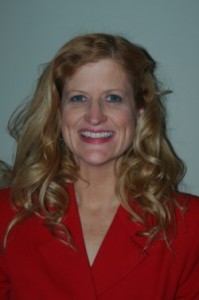 The winner of the 2011 Award for High School Chemistry Teaching is Kathleen Dwyer of the Maplewood-Richmond Heights School District.

Ms Dwyer has taught chemistry in the Maplewood-Richmond Heights school district since 2001. She received awards in 2007 as Educator of the Year from the Missouri Consortium for Science Research and The Maplewood-Richmond Heights School District. In 2008, she received the Pfizer Award as Science Teacher of the Year. She has also worked on scientific programs and projects in Belize and Colombia. In addition to numerous extracurricular activities in science, Kathleen has been involved in community volunteer activities such as Speakers for Science, Girl Scouts, and children’s art events and theatrical productions.