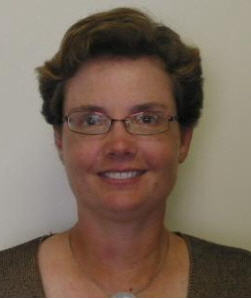 Dr Lucinda (Cindy) Buhse is the 2011 winner of the Saint Louis Award. Dr Buhse is Director of the Division of Pharmaceutical Analysis (DPA) in St Louis, a laboratory for the Center for Drug Evaluation and Research (CDER) in the United States Food & Drug Administration (FDA).

Dr Buhse received a BA in Chemistry from Grinnell College, performing undergraduate research with Professor Luther Erikson. She followed with a PhD in Physical Chemistry from the University of California–Berkeley Professors John H Clark and George C Pimentel. Her thesis work involved the picosecond dynamics of solvation.

After graduate school, Dr Buhse began her career at Rohm and Haas in 1986, where received two patents for her work on polyimmides. In 1994, Dr Buhse moved to St Louis to work for Sigma Chemical, first as Validation Engineer in the Diagnostics Division. Shortly thereafter, she was promoted to Production Supervisor and then to Production Manager. From there, Dr Buhse moved to the Engineering Division as Validation Manager, followed by a position as Quality Control Manager in the Fine Chemicals Division.

Dr Buhse joined the FDA in 2001 as Deputy Director of the St Louis-based Division of Pharmaceutical Analysis, and was promoted to Division Director in 2004. The St Louis laboratory is involved in analytical methods development for rapid screening of pharmaceuticals, dietary supplements, and pharmaceutical ingredients, and for characterization and comparison of drugs such as biologics, transdermals, and inhalation products. The laboratory also protects public health by providing analytical testing for the FDA’s Center for Drug Evaluation and Research. She has been involved in the identification of drugs illegally added to dietary supplements and the investigation of heparin during the recent adulteration crisis. During her time at the FDA, Dr Buhse authored or co-authored over 70 papers and has appeared multiple times as an invited speaker.

Dr Buhse’s husband, Dr Steve Kinsley, teaches Organic Chemistry Laboratory courses at Washington University. They have one daughter: Emma, 18, is attending University of Chicago this fall and is interested in studying Anthropology.