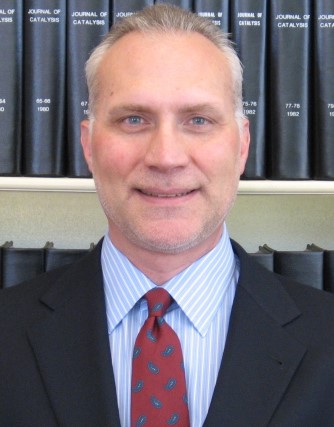 Professor William E Buhro was raised in Portage, Michigan, near Kalamazoo. He earned an AB in Chemistry in 1980 at Hope College, where he was introduced to chemical research on metal-catalyzed cyclopropanation by Michael P Doyle. Buhro began his graduate work with John A Gladysz at UCLA and moved with him to the University of Utah–Salt Lake City in 1982. There he met his wife, Regina Frey, and pursued graduate research in organometallic chemistry, earning a PhD in Organic Chemistry (from UCLA) in 1985. Winner of a Chester Davis Research Fellowship for advanced studies at Indiana University, Buhro was a postdoctoral fellow from 1985-1987 with Malcolm H Chisholm, where he studied metal-phosphorus and metal-metal multiple-bond chemistry.

Buhro joined the Department of Chemistry at Washington University as an assistant professor in 1987. He was named a National Science Foundation Presidential Young Investigator (1991-1996), and has received three teaching awards. Buhro was Secretary of the American Chemical Society’s Division of Inorganic Chemistry (2005-2007) and since 2002 has served as an Editor of the ACS journal Chemistry of Materials. He was appointed the George E Pake Professor in Arts & Sciences in 2006. In 2010, Buhro assumed the position of Chair of the Department of Chemistry and in July was named a Fellow of the American Chemical Society. (The ACS Fellows Program recognizes members for their contributions to the chemical sciences and outstanding service to the ACS.)

Buhro’s research is in materials chemistry and nanoscience. His research group is best known for discovering the solution-liquid-solid (SLS) synthesis of semiconductor quantum wires. During his Washington University career, Buhro has studied molecular routes to materials, nanocrystalline and nanocomposite materials, and the growth mechanisms of nanoparticles, nanowires, and nanotubes.