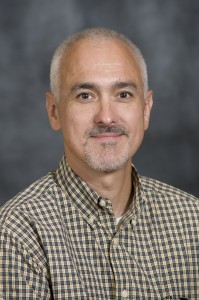 Dr William L Neumann received a BS in Chemistry from the University of Missouri in Columbia in 1983 and a PhD in 1988 from UM–St Louis where he worked with Professor Mike Sworin on synthetic methodologies directed at preparing antitumor cyclopentanoid natural products.

After a nine-month post-doctoral appointment in radiopharmaceutical chemistry at Mallinckrodt Medical, he was hired as a permanent staff scientist. Dr Neumann spent the next four years at Mallinckrodt participating in the development of a 99mTc-based organophosphine complex (Q12) as a human myocardial imaging agent. In 1990, he received the Mallinckrodt President’s Award for Technical Innovation.

In 1991, Dr Neumann moved to Monsanto Corporate Research in the metal-mediated reaction chemistry group, where he played a key role in the design and synthesis of chiral macrocyclic ligand systems for applications to synthetic metalloenzymes such as superoxide dismutase mimetics.

As a result of mergers, Dr Neumann moved his medicinal chemistry group to the chemistry and process technology division of Pharmacia and finally to the parallel medicinal chemistry department of Pharmacia-Pfizer. He was a research group leader during this time and extended his interest in catalysis to the invention and development of new metal-catalyzed cross-coupling protocols for use in the parallel chemistry format. His group was instrumental in the translation of the new Liebeskind-Srogl cross-coupling protocol, developed at Emory University, to the industrial parallel synthesis laboratory.

In 2003 he moved to Metaphore Pharmaceuticals, where he served as Associate Director of Chemistry. At Metaphore, Dr Neumann was responsible for directing all discovery chemistry efforts, giving him the opportunity to extend the synthetic chemistry he invented at Monsanto.

In 2005, Dr Neumann returned to Mallinckrodt Imaging, and is currently developing molecular imaging agents. He is the author of 21 publications, holds 22 US patents in the areas of radiopharmaceuticals, synthetic enzymes, inflammation, antithrombotics, pharmaceutical chemistry and chemistry process research, and has received several Monsanto research awards. Dr Neumann is a reviewer for the Journal of Organic Chemistry, the Journal of Medicinal Chemistry, Bioorganic and Medicinal Chemistry Letters, Organic Letters, and Organometallics. He is also Adjunct Professor in the Department of Internal Medicine, Division of Pulmonary Critical Care and Sleep Medicine, St Louis University.

Bill and his wife Jeannette and daughter Sarah live in Kirkwood. They own a 100-year-old house which is on the National Register, and that has been their major project. They spend most of their free time playing with their daughter and their two black labradors. Both Bill and Jeanette are avid runners and Bill enjoys playing the guitar, and recording with friends, all of whom were at one time Monsanto chemists.