On October 14 of this year, a symposium and banquet were held in honor of Professor James K. Bashkin, this year’s 52nd annual St. Louis Section ACS Awardee, for his outstanding contributions to the chemistry profession and demonstrated potential to further the advancement of the chemical profession. The symposium “Nucleic Acid Function, Probes and Therapeutics,” organized by Dr. Bashkin with the help of Professor Keith Stine, Chair of the Department of Chemistry and Biochemistry, was attended by over 50 people in Benton Hall 103 at the University of Missouri – Saint Louis and about 20 other people by Zoom. The attendees were welcomed by Dr. Tabbetha Bohac, Chair-Elect of the St. Louis Section of the ACS, who spoke of the great contributions of the local section to the local community.

She then introduced Dr. George Gokel, Distinguished Professor Emeritus of Science and of Chemistry and Biochemistry of the University of Missouri-St. Louis, who then introduced Dr. Bashkin. Dr. Gokel spoke of his long acquaintance with Dr. Bashkin and his numerous scientific contributions, from environmentally friendly industrial processes to co-founding a company aimed at curing cervical and other HPV (Human Papilloma Virus)-related cancers.

Dr. Bashkin then gave a presentation on “Pyrrole-Imidazole Polyamides as Drug Candidates-Revising the Canon,” detailing a quest to develop HPV DNA-targeted drugs based on polyamides. These minor groove-binding drugs had been highly touted as being sequence-specific, only for Dr. Bashkin and his research team to find that they were not in some cases. Despite their poor specificity, however, they were found to be non-toxic to human cells and able to knock down viral replication to nearly zero and are thus exciting candidates for treating cervical cancer. Dr. Gokel then introduced Professor Gregory M. K. Poon from Georgia State University, who talked about structural determinants of high and low specificity transcription factor binding.

After the coffee break, Professor Jennifer Heemstra, the Charles Allen Thomas Professor and Chair of Chemistry at Washington University, gave an animated talk on “A Chemical Toolbox for A-to-I RNA Editing,” where she described how her group was able to develop an assay for a modified RNA nucleotide where others had failed. She was then followed by Dr. Tomasz Heyduk, Professor of Biochemistry and Molecular Biology at Saint Louis University School of Medicine, who spoke on “Nucleic Acids: Templates for Transcription and Building Blocks for Biosensors” and whose talk was focused on understanding how DNA sequence influences the start of transcription of DNA into RNA. There was a reception following the symposium where attendees could congratulate the award winner and meet with the speakers. 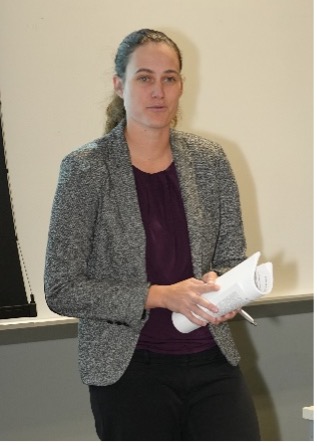 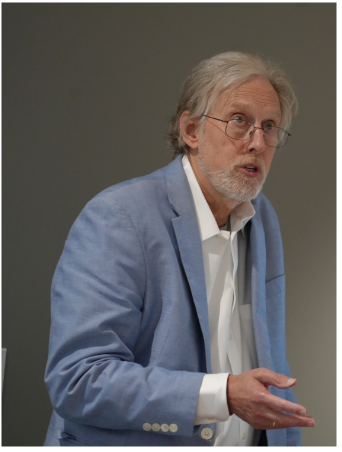 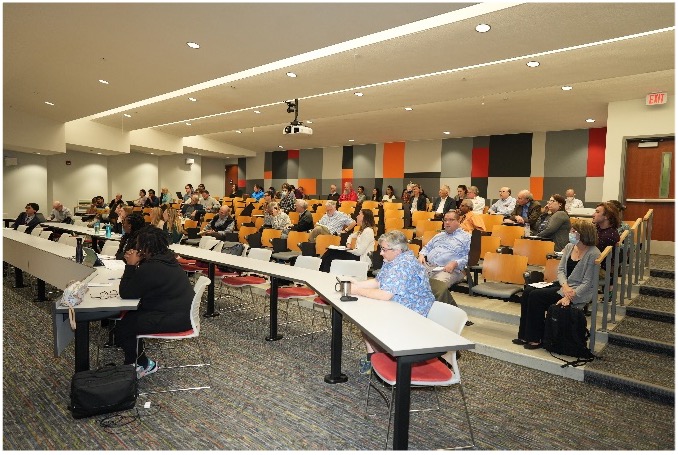 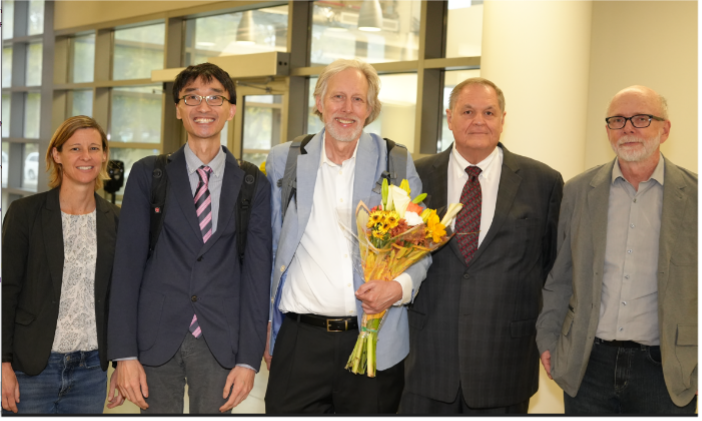 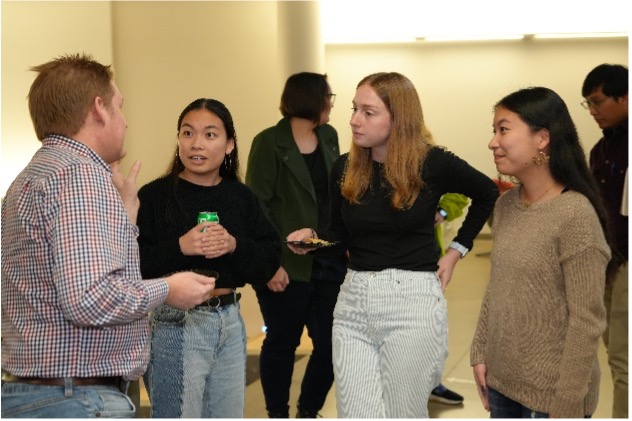 
The symposium and reception were immediately followed by the Award Banquet at the Glen Echo Country Club, attended by almost 70 guests. The banquet started with a cocktail hour featuring an open bar and various appetizers. The attendees were then summoned to dinner by Dr. Tabbetha Bohac, chair-elect of the St. Louis ACS Section, who introduced Dr. Bashkin and his wife, Shelley Shray, and their son Sam. Also in attendance were the Chancellor of the University of Missouri – St. Louis, Dr. Kristin Sobolik and her husband, Professor Scott Peterson, and the Provost, Dr. Steve Berberich. After thanking Dr. Bashkin and the other speakers for a great symposium, she called attention to various elected members of the local section (seven in attendance) and former St. Louis Section ACS award winners (nine in attendance).

Everyone was then treated to an excellent dinner of salad, sirloin, salmon, and tiramisu. While people were getting ready to enjoy their dessert, Professor George Gokel recounted many stimulating interactions he had had with Dr. Bashkin and why he was especially deserving of the award. Then Prof. Stine presented Dr. Bashkin with the St. Louis Section ACS Award plaque and a check for $1,500. In perhaps what may be a first, Prof. Bashkin regaled the attendees with a couple of songs which he accompanied with a guitar. He then transitioned to his award talk entitled “I’ll Go to St. Louis for a Few Years and See How Things Work Out (1984, J. K. Bashkin, Cambridge, MA)” in which he traced his past leading from his childhood in Tucson, Arizona to his current position as Professor at the University of Missouri-St Louis.

At one point, he showed a picture of himself as a young child going to school with what appeared to be a large lunchbox, which he pointed out was actually a briefcase. It was no surprise then to learn that he graduated from UC Irvine with a degree in Chemistry at the early age of 18, after which he went to Oxford University to pursue a Ph.D. in organometallic chemistry. It was when he was at Harvard working with iron clusters that he made his fateful decision to come to St Louis for what turned out to be more than a few years, and it involved going back and forth from industry to academia multiple times. He described working on numerous challenging projects such as environmentally friendly industrial chemical processes, metal ion catalyzed RNA cleavage, and eventually co-founding a company to develop drugs against cervical cancer. He shared many pictures of family, students, postdocs, and colleagues whom he thanked, serving as a reminder that science doesn’t take place in a vacuum. After his talk, Jim was surprised by receiving another St. Louis Award created by former postdoc Umshanker (“Pop”) Sampath. Keith Stine then brought the evening to a close and thanked everyone for attending and the staff and chef of the Glen Echo Country Club for the fine service and dinner, though many stayed on to reminisce long after. 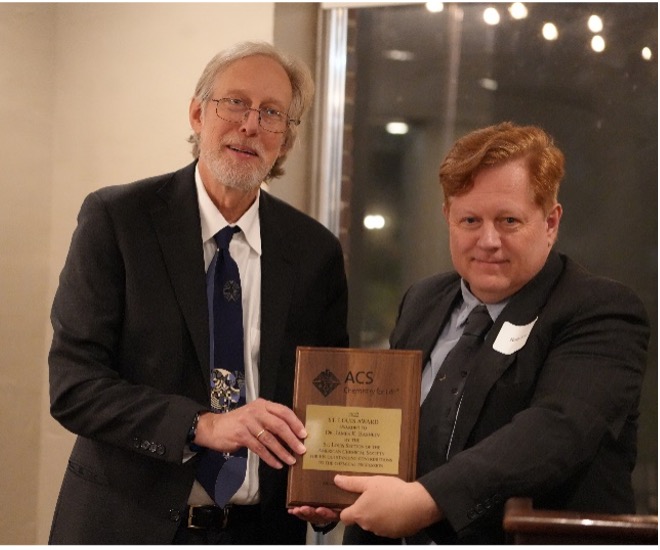 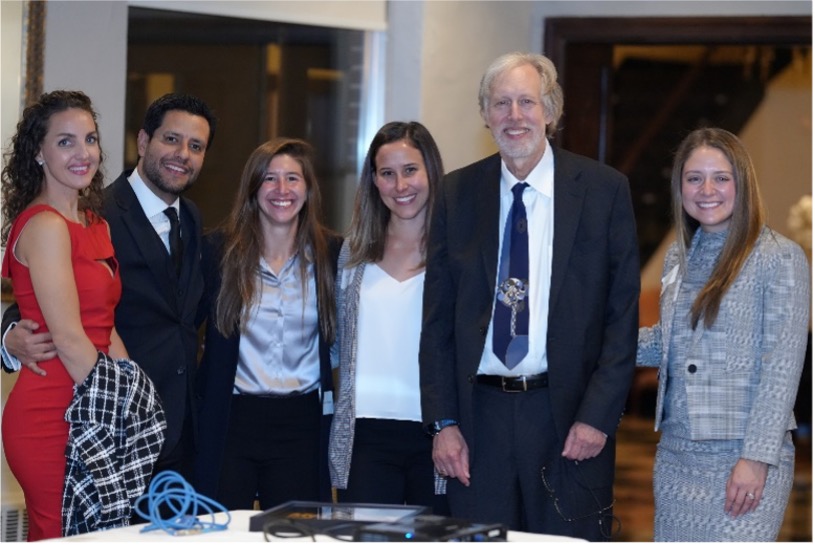 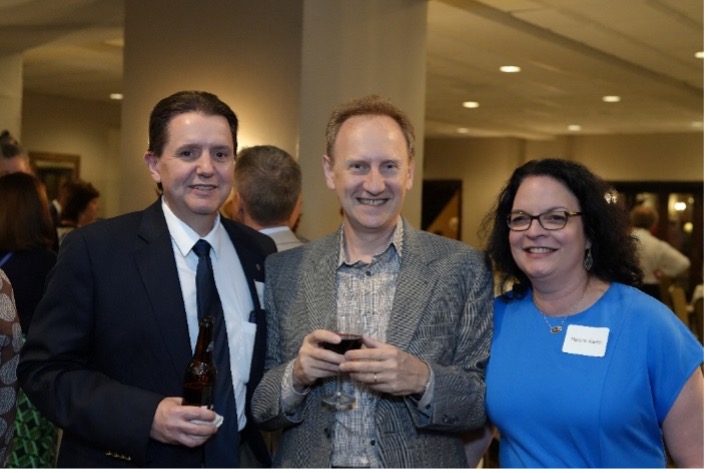 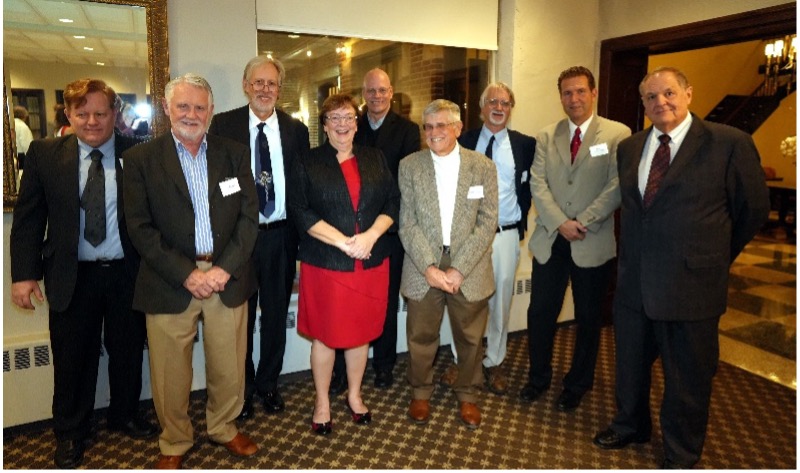