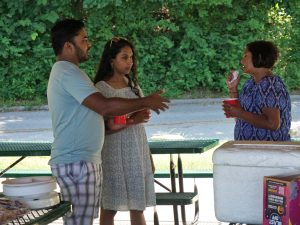 Despite the forecast for the hottest day in several years, the annual picnic made its welcome reappearance after two pandemic-era absences. A small but appreciative group of about 20 chemists, chemist-adjacents, and chemist-progeny convened at Creve Coeur Lake Park under the welcome shade of the Taco Bell pavilion. It was reassuring to find that people are literally three-dimensional once again.

Under the watchful eye of past-chair Samina Azad as organizer, mains were catered by Bandera’s BBQ, and sides were potluck. There was plenty! The cornhole game was set up just outside the pavilion — why did we not think to put it under cover? — but kept a brave group of seasoned pros and newbies somewhat active.

In the background, even braver cyclists, joggers, skaters, and kayakers defied the summer heat. Next year, it will be cooler (an almost sure thing long-range forecast), barring a monkeypox pandemic. Will we see you there? 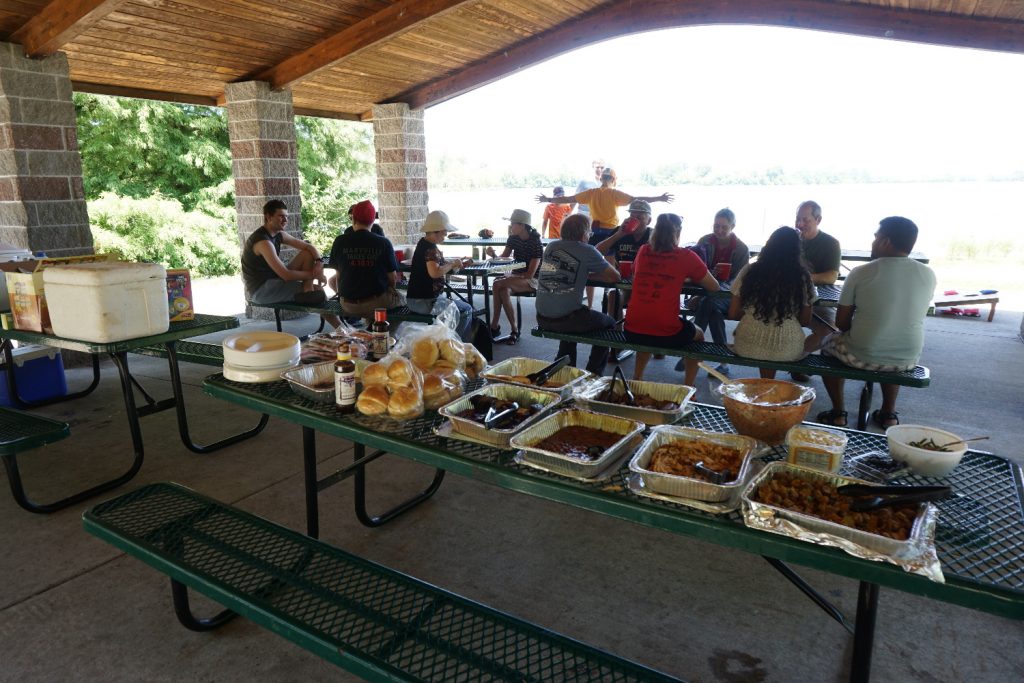