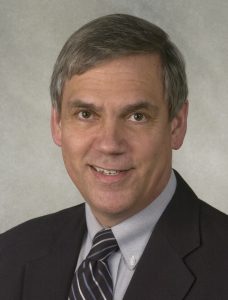 David F. Wiemer joined the faculty at the University of Iowa in 1978, where he now serves as F. Wendell Miller Professor of Chemistry and Professor of Pharmacology.

Professor Wiemer is a native of the midwest who received a BS degree from Marquette University, where he was intrigued by the work of Prof. Donald Dimmel on terpenes. He earned his PhD degree from the University of Illinois under the guidance of Prof. Nelson Leonard for studies of nucleic acid bases and nucleosides. He then held an NIH postdoctoral fellowship at Cornell University with Prof. Jerrold Meinwald, where he studied various aspects of chemical ecology.

Although he began his independent research with studies on the chemistry of host plant selection by leafcutter ants, the majority of his subsequent work has focused on organophosphorus chemistry. This work began with development of new methods for carbon-phosphorus bond formation, and evolved into studies on applications of organophosphorus compounds in natural product synthesis or as analogs of metabolic intermediates. Natural product syntheses from his group that prominently feature organophosphorus chemistry include (+)-jatrophone and many of the natural schweinfurthins. His group has prepared numerous bisphosphonates as analogs of the diphosphate intermediates of isoprenoid biosynthesis, and through collaboration their compounds have been tested for their ability to inhibit geranylgeranyl diphosphate synthase in enzyme and cell assays. Some of the more active compounds have demonstrated significant activity in animal models of malignancy. Recently his group has prepared phosphonate analogs of the unique intermediates in bacterial isoprenoid biosynthesis as potential “phosphoantigens”, i.e. ligands of the human protein BTN3A1 and stimulants of γδ T cell proliferation.

Throughout his career he has co-authored more than 200 peer-reviewed publications, and mentored more than 60 graduate students to completion of the PhD degree. For many years he served as a tour speaker for the American Chemical Society, visiting more than 160 local sections on tour. He received a University of Iowa Collegiate Teaching Excellence Award and was honored with the Iowa Regents Award for Faculty Excellence. He also has been recognized as an Alfred P. Sloan Foundation Fellow, a fellow of the American Association for the Advancement of Science, and a fellow of the American Chemical Society.