Heath is a (the) winning teacher 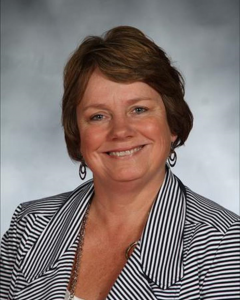 Amy Frances Heath received her BS in Chemistry from Southern Illinois University in 1988. While employed as an industrial chemist, she began working with high school students through Junior Achievement and realized she had missed her calling: education. She received her certification and began teaching chemistry in 1992 at Granite City High School. Seven years ago, she became Science Department Chair.

She is an adjunct teacher for the SLU1818 Program, which allows her chemistry students to earn dual (high school and college) credit. Her 20 years of leadership as a board member and mentor in the IBHE/NCLB grant for Science Teachers at SIUE has kept her refreshed and current in the field.

Amy wears many hats at the high school: National Honor Society co-sponsor, secondary honors coordinator, Renaissance Steering Committee, and May Carousel Committee. She is a member of the National Science Teachers’ Association, the Illinois Science Teachers’ Association, and Phi Kappa Phi National Honorary Association. Having a passion for the environment, Amy has led four student groups on eco-adventure trips to the Bahamas and Mexico though Green Edventures. She hopes to instill in her students her passion for science learning and their important role as keepers of this planet. In her spare time, she enjoys traveling, biking, and spending time with her family and dogs. Amy still has plans to teach for quite a few more years.