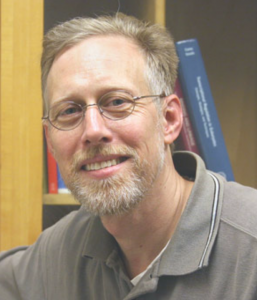 James K Bashkin received a Bachelor’s Degree in Chemistry from UC–Irvine at age 18 in 1977 and a D Phil in organometallic chemistry with Malcolm L H Green from the University of Oxford in 1982. As an NIH postdoctoral fellow at Harvard, he worked with Richard H Holm in bioinorganic chemistry. In 1985, Dr Bashkin joined Monsanto Corporate Research as Senior Research Chemist and rose to Research Specialist working on a wide diversity of projects, including a green chemistry manufacturing process, metal-ion catalysis of RNA hydrolysis, and solid-state reference electrodes. In 1991, he joined the faculty of Washington University in St Louis as an Assistant Professor of Inorganic Chemistry to develop synthetic ribozyme mimics. While there, he contributed significantly to understanding the mechanism of metal-catalyzed RNA hydrolysis and the development of sequence-targeted RNA cleaving agents. He mentored eight PhD candidates, three of whom are now at Director level or higher in major pharmaceutical companies, one is a Professor at Texas Tech College of Pharmacy, and another is a senior bioconjugate scientist at Pfizer. During his time at Washington University, he was awarded two NSF grants, PRF AC grants, and a Pharmaceutical Manufacturer’s Association grant.

In 1999, Dr Bashkin returned to Monsanto as a Research Director and immediately won an NIH R01 grant to establish a “gene chemistry” group devoted to, among other areas, studies of pyrrole-imidazole polyamides and their applications to agriculture and medicine. His team filed seven patent applications and published a critical breakthrough paper on facilitating the uptake of polyamides into cell nuclei. He also co-authored a highly-cited Science paper on gene chemistry. As the company transitioned to Pharmacia and Pfizer, Bashkin also worked on preclinical and clinical drug development of polymer-modified biological drugs, helping answer key FDA questions that allowed progression to Phase III trials for a fragment antibody drug. In 2003, Dr Bashkin left Pfizer and co-founded a company, NanoVir LLC, with virologist Chris Fisher to develop polyamides to prevent cervical cancer caused by the human papillomavirus. Following the success of their first NIH application, Dr Bashkin began working as Research Associate Professor at UM-St Louis to further elucidate how polyamides bind to DNA and, most recently, RNA. After five NIH grants, he was appointed Professor of Chemistry and Biochemistry in 2011. At UMSL, he has supervised at least four successful PhD students, two current PhD candidates, eleven MS research students, four postdocs, eight staff scientists, twenty-one undergraduates, and five high school research students. Jim has published over 79 papers and received 16 US patents.

Dr Bashkin has received several awards and honors in recognition of his work and expertise, including Monsanto’s 1994 Thomas and Hochwalt Prize (shared), the Presidential Green Chemistry Challenge Award in 1998 with his former industrial team at Flexsys/Monsanto, and the National Roland Tibbetts Award in 2006 for the company Nanovir that he co-founded. He was an invited guest editor for two thematic issues of ACS journal Chemical Reviews (“RNA/DNA Cleavage” in May 1998 and “Glycobiology and Carbohydrate Chemistry” in December 2000). He was elected co-chair of the Green Chemistry Gordon Research Conference in 2002. He served as an editorial board member of ACS Chemical Reviews from 1991 to 2014 and Associate Editor of Green Chemistry from 1999 tp 2002. He is currently an editor for the International Journal of Molecular Science and the Asian Journal of Green Chemistry. He has served as a member of numerous NIH study panels and as chair on a number of national ACS committees.

Jim is grateful to his wife, Shelley Shray, and his sons, Jacob and Sam, for their constant support and patience. He thanks all his students, coworkers, and collaborators for their outstanding contributions. He also thanks his colleagues and mentors in industry and academia for their belief in him and their shared expertise. Jim enjoys swimming, running, fly fishing, playing guitar, and singing, but is not skilled at these endeavors.

The Saint Louis Section ACS Award, originally sponsored by the Monsanto Company (now Bayer) and administered by the Saint Louis Section–ACS, is presented to an individual who has made outstanding contributions to the profession of chemistry and demonstrated potential to further the advancement of the chemical profession. The award, consisting of a $1,500 honorarium and a plaque, will be presented at the Saint Louis Award Banquet, which usually follows the Award Symposium in October. Details will follow.