Kevin Moeller is Midwest Awardee for 2019

Kevin D Moeller joined the chemistry faculty at Washington University in St Louis in 1987, where he is now Professor of Chemistry. Henry Rohrs, Secretary of the Section, has announced that Kevin Moeller is the winner of the 2019 Midwest Award. 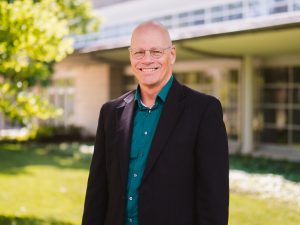 Moeller was born in Scranton, Pennsylvania, on November 25, 1958, earned a BA degree in Chemistry from the University of California–Santa Barbara in 1980, and then his PhD degree in Organic Chemistry (under Professor R Daniel Little) from the same institution in 1985. He was a National Institutes of Health Postdoctoral Research Fellow at the University of Wisconsin–Madison (with Professor Barry M Trost) from 1985 to 1987.

Professor Moeller’s independent research primarily focuses on how the interplay between electrochemistry, physical organic chemistry, and synthesis can be used to address a variety of topics.

His work continues to play a significant role in defining for the synthetic chemistry community how they can think about and take full advantage of electrochemical methods. The Moeller group’s research is primarily funded by the National Science Foundation and the National Institutes of Health and has led to the publication of over 150 papers and the presentation of over 300 talks and invited lectures.

The award will be officially conferred at the Midwest Regional Meeting in October in Wichita, Kansas. The Award Symposium is scheduled for 1 to 3:30 pm on October 18th, with Dr Moeller’s plenary lecture at 4 pm. The Award Banquet will follow.