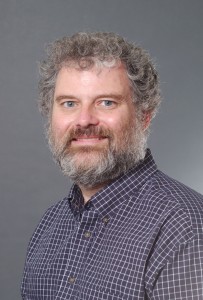 Dr Blankenship was born and grew up in southeast Nebraska. He received his BS in Chemistry from Nebraska Wesleyan University (1970) and obtained his PhD in Chemistry from University of California–Berkeley (1975) under the direction of Ken Sauer. He held postdoctoral positions at UC–Berkeley and at University of Washington. His first academic appointment was at Amherst College, Massachusetts. He moved to Arizona State University in 1985, where he held positions of Associate Professor (with tenure), Full Professor, and Chair of the Department of Chemistry and Biochemistry.

In 2006, Blankenship moved to Washington University in St Louis, where he is the Lucille P Markey Distinguished Professor of Arts and Sciences in the Departments of Biology and Chemistry. In 2009, he became the founding director of the Photosynthetic Antenna Research Center (PARC), a DOE Energy Frontier Research Center. He was co-organizer for the 16th International Congress on Photosynthetic Research, which was held in Saint Louis in August, 2013.

Dr Blankenship has spent his entire scientific career of more than 40 years researching the highly interdisciplinary subject of photosynthesis. This research has used a wide range of techniques including ultrafast optical spectroscopy, magnetic resonance and mass spectrometry as well as genomics and molecular evolutionary analysis. His research investigates energy-transfer and electron-transfer processes in photosynthetic antenna and reaction center complexes. One of the hallmarks of his research program is that it emphasizes studying the mechanism of energy storage in the complete range of known organisms that do photosynthesis, with the goal of discovering the essential, irreducible aspects of how light energy is stored.