Michael Heinz is the 2022 Chemical Science and Technology Award Winner! 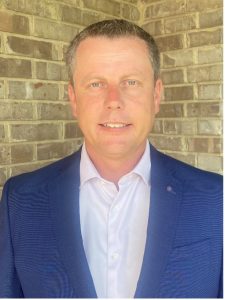 It is my pleasure to announce the winner of the 2022 American Chemical Society, St. Louis Section, Chemical Science and Technology Award, Michael Heinz, BS. He is currently the Assistant Director of the Genome Technology Access Center at the McDonnel Genome Institute (GTAC@MGI), Washington University School of Medicine. The GTAC@MGI is one of the nation’s premier academic genomic sequencing and technology facilities. The facility provides access to cutting-edge genomics technology and services and unparalleled expertise in their application to medical and agricultural research. Furthermore, GTAC@MGI supports these research efforts at Washington University and hundreds of other academic and industrial laboratories worldwide.

Mr. Heinz joined Genetic Microarray Core at Washington University back in 2002. Starting as a senior research technician, he has been involved in improving processes, providing technical support for the facility, and developing new strategies for the lab. He has worked in a supervisory role in Genetics core facilities since 2007. As an assistant director, Mr. Heinz plays numerous critical roles in the research operations at GTAC@MGI. As the day-to-day operations manager, he helps to facilitate mountains of research by overseeing various laboratories and workflows. Currently, four Research Laboratory Managers report to Mr. Heinz. His responsibilities extend across many high-complexity assays and workflows – global gene expression profiling with RNA-Seq, PacBio long-read sequencing, and methylation profiling with high throughput microarrays. Extending well beyond just the oversight of these operations, Mr. Heinz meets daily with investigators in advance of their studies to help ensure proper design for the given technology(s) and the scientific question being asked.

Moreover, Mr. Heinz will often continue to play a role in project management for many studies from their beginning to a successful conclusion. GTAC@MGI is staffed by approximately 75 scientists and technicians, half under Mr. Heinz’s direction, and processes 50,000 to 100,000 samples every year, supporting thousands of projects, researchers, and clinical tests. For the past several years, the faculty, facility, and staff of GTAC@MGI have been acknowledged in or co-authored over 100 peer-reviewed publications every year.

In addition to the thorough oversight of many research projects, Mr. Heinz is also responsible for overseeing clinical laboratory services provided by the GTAC@MGI. These responsibilities extend to patient testing for cancer, renal, and cardio disease – all assayed with next-generation sequencing – and cytogenetic testing with chromosomal microarrays. In a particularly acute example of community impact, Mr. Heinz and his lab were instrumental in quickly discovering and developing a sensitive, high-throughput saliva-based SARS CoV-2 test. Mr. Heinz continues to oversee this laboratory, responsible for clinically testing thousands of samples per week to help contain the spread of the virus during the pandemic.

Mr. Heinz’s distinguished career has been spent at the intersection of science and business, throughout which he has been a critical driver of the development of GTAC@MGI. His efforts, expertise, drive, dedication, and impact on the success of medicine and medical research are paralleled by very few.