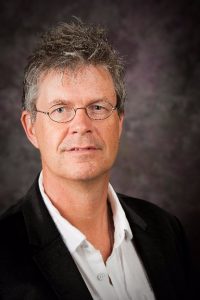 The St. Louis Section is pleased to announce that Professor Christer Aakeröy of Kansas State University is the recipient of the 2017 Midwest Award. It will be presented on Thursday, October 19th, at the Midwest Regional Meeting in Lawrence, KS.

Christer Aakeröy is the 73rd recipient of the ACS Midwest Award. Although he was born in Sweden, he is a Norwegian citizen. After abandoning a rather irrational idea of becoming a psychiatrist, he spent a few unglamorous yet invaluable years working in a meat-packing plant and as a substitute teacher. Eventually he went to University and obtained an M.Sc. in Chemistry with minors in Mathematics, Biology, and Pedagogy from Uppsala University, Sweden. After participating in a student exchange program, he was offered a scholarship from British Petroleum to carry out research into artificial teeth. Despite the fact that not a single molar was made, he gained a Ph.D. in Inorganic Chemistry from the University of Sussex with Ken Seddon. A fellowship from the Swedish National Academy of Science then allowed him to spend time at the University of Minnesota in the laboratories of Peggy Etter and Jan Almlöf. He subsequently accepted a position as Lecturer in Inorganic Chemistry at the Queen’s University of Belfast, Northern Ireland. Three years later, he joined the chemistry department at Kansas State University where he was promoted through the ranks and became a University Distinguished Professor in 2012.

Aakeröy and his group have published about 160 peer-reviewed papers and book chapters that have gathered more than 8,000 citations; his current h-index is 43. He has given over 90 invited presentations (including over 20 keynote/plenary lectures), and in 2016 he delivered the BCA Prize Lecture awarded by the British Crystallographic Association, the first time the award was given to a scientist outside the UK. He is a Fellow of the Royal Society of Chemistry and he has been a visiting professor at Université Louis Pasteur, Strasbourg, France, and at the Indian Institute of Science, Bangalore, India. In 2016, he received a Higuchi Award (the Olin Petefish Award in Basic Sciences), which is the most prestigious recognition for scholarly excellence in the state of Kansas. His research interests swirl around the orbits of supramolecular chemistry and crystal engineering.

Aakeröy received the 2011 Presidential Award for Outstanding Undergraduate Teaching; a Making a Difference Award from the “Women in Engineering and Science Program” at KSU in 2006; and the Segebrecht Distinguished Faculty Achievement Award in 2003. He has mentored three National Goldwater Scholars, over twenty graduate students, and numerous undergraduates.

From 2009 to 2017, he was on the Board of Trustees for the Cambridge Crystallographic Data Centre (CCDC), Cambridge, UK, and served as Chair, 2013-2015. He became an Associate Editor for the RSC journal CrystEngComm in 2010, and has been a topics editor and advisory editorial board member for the ACS journal Crystal Growth & Design since 2002. Aakeröy is currently part of an international committee charged with developing definitions and nomenclature (CONvINCE: CONcepts and termINology in Crystal Engineering, an ICSU Project), an effort supported by IUPAC and the US National Academy of Sciences.