Our Committee for Minority Affairs Represents at NOBCChE 2019

The St. Louis ACS Committee for Minority Affairs (CMA) were invited to participate in the Welcome Ceremony for the 2019 National Organization for the Professional Advancement of Black Chemists and Chemical Engineers (NOBCChE) Conference held at Washington University’s Danforth Campus. Students were invited to come as a “prequel” to the events at Union Station to become more immersed in local St. Louis area programs and resources. The St. Louis ACS CMA hosted an informational table for students to learn more about the ACS and its supports.

The students were very eager to inquire about the resources ACS provides. The majority of the students were from a chemical engineering background and many of them have either never heard of ACS or had the notion that ACS was for pure chemists only. Fortunately we had several copies of C&EN News Magazine to debunk the myth! Some of the students were interested in joining also!

I believe the visit was impactful for the students. The greater part of my discussions with the students involved their preparation for the next steps. Some were seeking graduate schools, while others were seeking employment after finishing their degrees. I was able to assure them that networking through ACS was a good way to accomplish both. I also believe the NOBCChE visit was a great way to recruit chemical engineering students. In addition, it provides an excellent background for inviting minority students to participate in ACS. Several students were encouraged by my presence (a black male chemistry professor) and asked for my personal business card in addition to the local ACS card. The NOBCChE Conference participation was a fantastic way to be more intentional about diversity and inclusion. 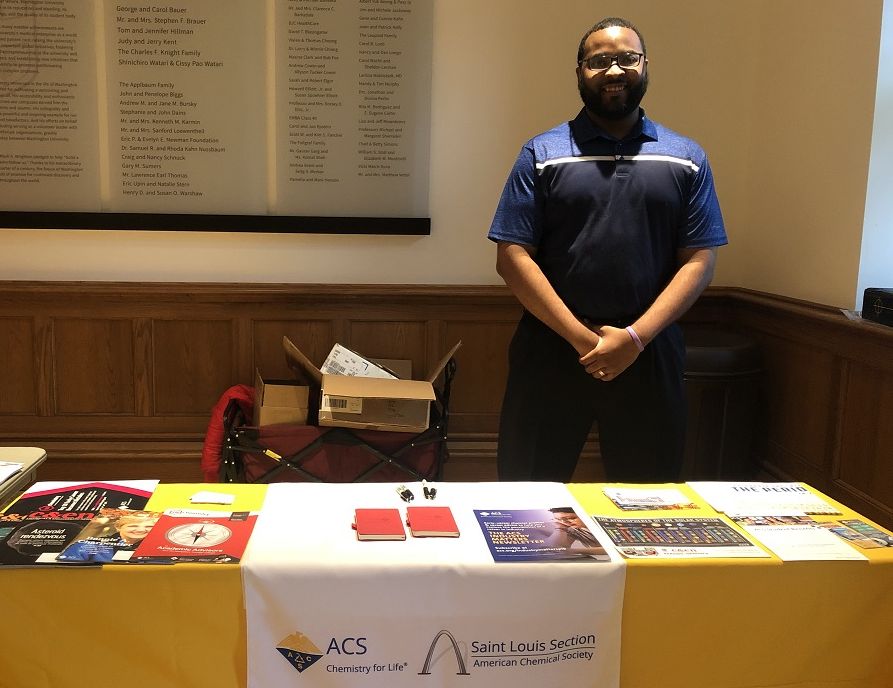