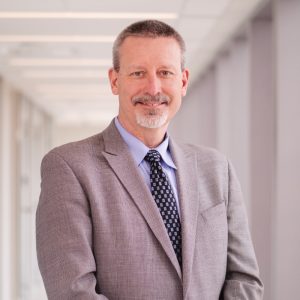 Even in the midst of pandemic, life goes on … with modifications. Suzy Hartmann, past chair of the St Louis Section–ACS and chair of the award jury, has announced the winner of the 2020 St Louis Section ACS Award to be Richard Loomis, Professor of Chemistry at Washington University in St Louis.

Richard A. Loomis received his B.S. with latin honors from Dickinson College in 1989 and obtained a Ph.D. from the University of Pennsylvania in 1995 under the mentorship of Professor Marsha Lester. His thesis focused on the characterization of the interactions and dynamics of the hydroxyl radical with argon and hydrogen. He then received a prestigious NRC postdoctoral fellowship to work with Stephen Leone at JILA, a joint institute between the University of Colorado and NIST in Boulder, CO. There he studied radical reactions and novel intermediates, as well as quantum control using ultrafast pulse-shaping methods. He joined Washington University as an Assistant Professor in 1998, was promoted to Associate Professor in 2005, and earned Full Professor in 2017.

Dr Loomis’s research at Washington University began with a detailed interrogation and manipulation of bimolecular gas-phase reactions and dynamics. His group discovered that it is possible to observe spectral features associated with transitions of multiple discrete conformers of van der Waals clusters, even though they are nearly isoenergetic. This enabled the multi-dimensional intermolecular potentials to be characterized and the dissociation dynamics of these clusters to be isolated from contrasting intermolecular orientations. The group is now looking at photo-induced charge-transfer reactions involving halogen bonds using mass spectrometry and ion product velocity-map imaging.

In 2005, Dr Loomis began working in a very different area, collaborating with Dr William Buhro (2010 Saint Louis Award winner) to develop high-quality semiconductor nanomaterials for efficient photogeneration of charges that can be transported over large distances. The Loomis group has focused on characterizing the quantum mechanics of photogenerated electrons, holes, and one-dimensional excitons within semiconductor quantum wires. Most notably, they discovered that when the surface of a quantum wire is well passivated and the density of sites that can perturb the potential energy landscape along the QWs is minimized, the excitons become delocalized over the entire length of the quantum wires, up to tens of micrometers and their photoluminescent lifetime increases to 200 ns. These results are truly astonishing as they reveal that the quantum nature of the excitons can span over macroscopic distances. These findings will have major impact on nanoelectronic device architectures and significant enhancements to the efficiencies of semiconductor photovoltaic devices. The results of his research have resulted in 70 peer-reviewed publications in such journals as Nature Materials, Nano Letters, ACS Nano, Journal of the American Chemical Society, Journal of Chemical Physics, and others.

His research has been funded by the Packard Foundation; the NSF through the divisions of CHE, CSDMA, and DMR; and the ACS Petroleum Research Fund. In recognition of his research accomplishments, Loomis received an NSF-CAREER award in 2004, a David and Lucile Packard Fellowship in Science and Engineering in 2001, a Research Corporation Innovation Award in 1999, and a Camille and Henry Dreyfus New Faculty Award in 1998. He was also selected to be a Fellow of the Kavli Frontiers of Science in 2008.

Dr Loomis has a passion for teaching, and has received three Graduate Student Mentoring awards, three Arts & Sciences student-nominated teaching awards, the David Hadas Teaching Award in Arts and Sciences, and the Student Life “Best Professor of the Year” award. Dr Loomis has also contributed greatly to the Chemistry Department and the University, having served as the Director of Graduate Studies in Chemistry since 2000, a member of the Arts & Sciences Graduate Council since 1999, and the Undergraduate Council since 2012. He was a core member of the Center for Materials Innovation, acting as its Associate Director (2010-11), and has been a member of the Institute for Materials Science & Engineering since its creation in 2012. He was a member of the selection committee for the Ervin and Enterprise Diversity Scholars Program for fourteen years, and was the chair of the selection committee for the Florence Moog Fellowship in the Biological Sciences & Chemistry for fifteen years. Loomis also served as the co-chair of the MOSAIC Diversity and Inclusion in the Classroom Committee. Dr Loomis has also been the faculty advisor for the Alpha Chi Sigma (Alpha Epsilon chapter) national chemistry fraternity since 2005. Dr Loomis has also served the greater academic and professional community. In 1998, Loomis co-founded the St Louis Local Section Younger Chemists Committee, which won the ChemLuminary Award for “Outstanding Local Section of the Younger Chemists Committee” that year. He served as Chair of the Molecular Interactions and Dynamics Gordon Research Conference (2018), and the Vice Chair of the Atomic and Molecular Interactions Gordon Research Conference (2014). He was co-organizer of the Kavli Foundation and US National Academy of Sciences Frontiers in Science Symposia held jointly with the Indonesian National Academy of Sciences in 2011 and 2012.

The Saint Louis Section ACS Award, originally sponsored by the Monsanto Company (now Bayer) and administered by the Saint Louis Section–ACS, is presented to an individual who has made outstanding contributions to the profession of chemistry and demonstrated potential to further the advancement of the chemical profession. The award, consisting of a $1,500 honorarium and a plaque, will be presented at the Saint Louis Award Banquet, which usually follows the Award Symposium. Details will follow.